OUR PAST DISTRICT GOVERNORS >> 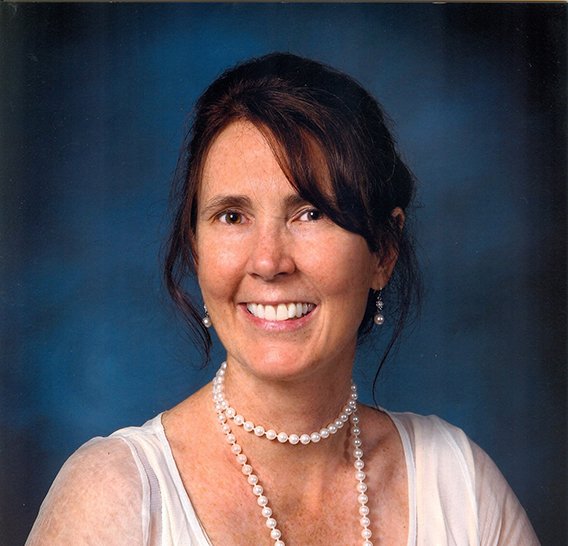 Maryjane Shackelford joined Rotary in 2007 becoming a member of The Rotary Club of Zanesville Daybreak. She has served in a number of committees throughout her Rotary career including Public Image Chair, World Community Service Co-Chair, Rotary Youth Exchange Officer, and Sargent-at-Arms. One of her proudest moments was becoming the Club’s President, serving during the Rotary year of 2015/2016. During her term as President, The Rotary Club of Zanesville Daybreak received the Gold Presidential Citation issued by PRI President K. R. Ravindran. In addition, Maryjane was named Rotarian of the Year in 2010/2011 and received the “Bebe Grant” Service Above Self Award in 2017/2018. 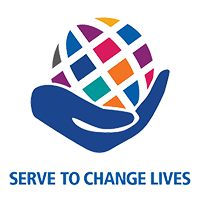 Along with being committed to Rotary, Maryjane is also extremely active within the Zanesville community. She has served on the Boards of the Muskingum Family Y, Muskingum County Incubator and Zanesville Downtown Association. She also served on the United Way of Muskingum, Perry and Morgan Counties Allocation Committee for seven years and was a member of the Zane State 50th Anniversary Steering Committee. Currently, she is serving as a member of the Women of Achievement Planning Committee and is serving as a Board Member of the Muskingum County Community Foundation.

Maryjane is a past Women of Achievement recipient, receiving The Mary Vasht Jones Funk Business Award in 2007. In addition, she was named an American Red Cross Hometown Hero in 2016 and she was named a Community Service Honoree by the Zanesville Jaycees in 2016.

Maryjane is married to one of the most amazingly talented and creative people on the planet, Jeff Shackelford. Between the two of them, they have four children and two grandchildren. Maryjane and Jeff reside in Zanesville with their six fur babies (cats). 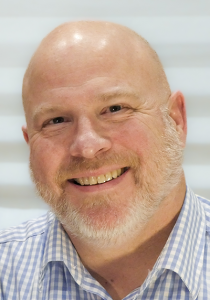 In July 2016, Price’s Rotary service expanded to the district level when he began serving as District 6690 Rotary Foundation Chair, a position he held through June 2020. During these four years, District 6690 Rotarians contributed to the Annual Fund and PolioPlus Fund at or near record levels. At the district level, Price has also been integrally involved in planning and coordinating the District’s “Pre-PETS,” and has contributed to All-Ohio PETS. Price is a proud member of the Paul Harris Society, a Major Donor to The Rotary Foundation, and has been a member of District 6690’s “125 Club” each year since its creation in 2015. Rotary has led Price outside his local community to the state of Solola, Guatemala (in the western highlands of Guatemala) three times to visit the Upper Arlington Rotary Club’s international project in cooperation with Natün Guatemala, a non-profit foundation working in the Lake Atitlán region of Guatemala to implement community-led programs that address systemic barriers and build cultural strength and resilience. 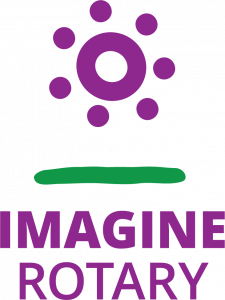 Upper Arlington Rotary’s work in Guatemala is responsible for the investment of over $1 million by clubs, the district, and individual Rotarians since 2011, including the establishment of a trade school focused on carpentry, sewing and computer skills – a project that was funded by a Rotary Foundation Global Grant in 2013. Price has attended three RI conventions (2013 in Lisbon, 2017 in Atlanta, and 2022 in Houston), and he plans to attend the convention in Melbourne in 2023.

In 2017, The Rotary Club of Upper Arlington honored Price with its Service Above Self Award. In that same year, he received The Rotary Foundation Citation for Meritorious Service.

Price received his BA in political science from Capital University, where he was a four-year letter winner for football, and his MBA and law degree from The Ohio State University.

Price has been a lawyer practicing with Bricker & Eckler (Columbus office) for 30 years. His experience is in all areas of public finance, helping communities finance critical infrastructure improvements. He also has substantial experience in the use of various economic development tools, representing local governments and developers. Price is a member of the National Association of Bond Lawyers, the Council of Development Finance Agencies (“CDFA,” for which he currently serves on the board of directors and executive committee), other economic development and finance trade associations and First Community Church. Price is listed on the Best Lawyers in America and received the CDFA Ohio Financing Roundtable Excellence Award: Leadership, in 2014.

Price lives in Upper Arlington with his wife, Alice, who is the Executive Director of the Upper Arlington Education Foundation. They have two sons who are creatives – Rees, a songwriter, and Perry, a filmmaker and college student, both of whom currently live in Columbus. 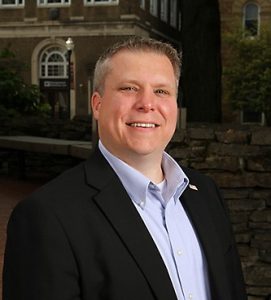 David Uhl has been a member of the Rotary Club of Lancaster since 2010 (former member of Circleville Sunrise club). David served as president in the 2017/18 Rotary year during the Lancaster club’s 100th Anniversary.  He has held several positions with the club, including Charitable Solicitations Chair, Program Chair, and Nomination Committee Chair.  Uhl started the first ever Paul Harris Fellowship group in Lancaster Club, where members pool their money for a fixed period of time and over that period, each person becomes a PHF.   He is a current Paul Harris Fellow and Paul Harris Society member, as well as a current 125 Club member.

David led his club in its Centennial year with record giving in the areas of Foundation and local giving.  The club completed 12 service projects that focused on 100 acts of service each month during their Centennial year. 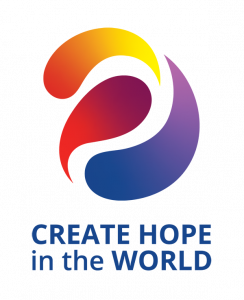 David is currently serving as City of Lancaster – City Council President. He also serves full time with the FAIRFIELD COUNTY BOARD OF DEVELOPMENTAL DISABILITIES (DD).

David is 42 years old and was born and raised in Lancaster, OH. He has been married to Perla for 20 years and has 2 children, Samantha (12) and Ethan (7). David and his family currently reside in Lancaster.

When not volunteering for Rotary service projects, David and his family have volunteered their time in the Community. David’s daughter Samantha started an Early-act (interact for elementary school) club in her school.  They are also active in their church, where David is the pastor.

David has several degrees including a Ph.D., M.S., Education, and a B.A., Religion 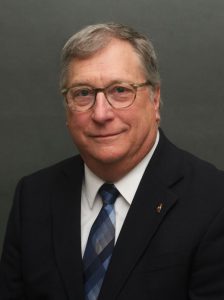 Gary Baker has a Bachelor of Arts, Political Science & Business Administration, from Otterbein College (now University). He owned and operated Baker Media Solutions – a video/multi-media production company from 1985 until 2010, providing professional video production services to central Ohio businesses. In September of 2012, Gary joined the Energy Cooperative as Director of Marketing & PR and is a 2017 graduate of NRECA’s Management Internship Program (MIP). In June of 2019, he was assigned additional responsibilities at the cooperative when named (interim) Director of Member Services.

Gary is active with the Newark Midland Theatre Association Board of Trustees serving as president from 2020-2022 and he is a board member of the Licking County Board of Developmental Disabilities. Gary has been a member of the Newark Rotary Club since 1987. He served as club president in the Rotary year 2011-2012.

Gary lives in Newark with his wife Julie and his daughter Meredith, a recent graduate of The Ohio State University.