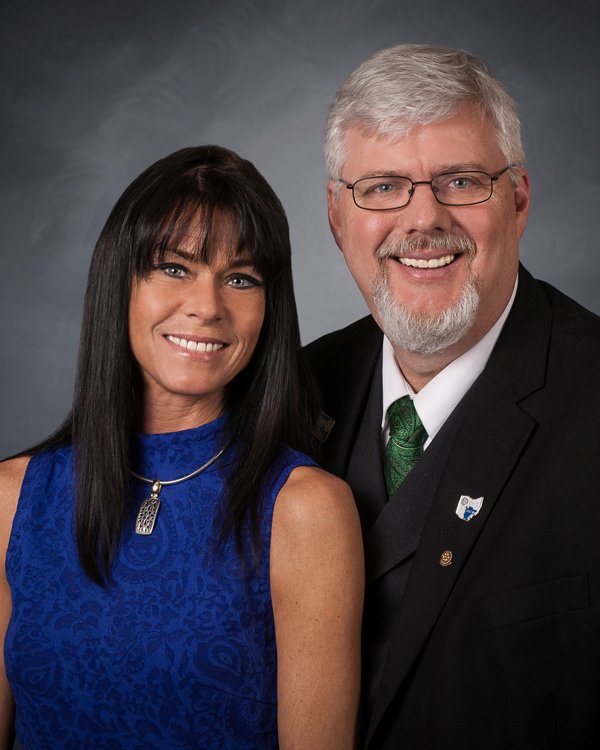 Shane Pyle is a third generation Rotarian from a very large Rotary family. Shane was born on October 12th, 1964 which was the same year his grandfather Dr. James J Pyle was president of the Coshocton Rotary Club. His mother, Sandy Pyle was club president in 2002-2003 and his father, Dr Kevin J Pyle was president-elect when he passed away in October, 2005. Shane was club president in 2003-2004. Shane’s step-father is PDG Roger Viers, who was district governor of District 6690 in 2000-2001. All of Shane’s family, including his wife, two adult children James and Jennifer, and his nieces Cassie, Natasha and Katie, are Paul Harris Fellows.

During the 1970’s and 80’s, Shane’s father’s work took them away from Ohio to live in Kentucky, Vermont, Nebraska, Iran and Northern Ireland. Shane never attended the same school for more than 2 years until finally settling down in Nebraska. Shane later went on to the University of Nebraska-Lincoln to earn his Pre-Medicine degree. In the 1990’s the family returned to Coshocton, Ohio to operate their financial planning practice with Raymond James Financial Services. Shane is currently the branch manager and holds the designation of Chartered Market Technician.

Shane is married to Angie Pyle and have 4 children, James, Jennifer, Hannah and Sophia. They were married in Ireland on the Cliffs of Moher. They enjoy attending theater together, having met one another onstage in “The Wizard of Oz”. Angie and Shane work together at Raymond James where she is in charge of marketing and client communications.